How to Find Cards Against Humanity Secret Card?

What is Cards Against Humanity?

The game is usually played by 4-30 people and is a fun game that depends solely on wits and a wicked sense of humor to play and win. If you’re a goody-two-shoes or under 17, then the Cards Against Humanity game is not for you as it contains sensitive content that will make you cringe. You can find various editions of Cards Against Humanity in our shop. Such as Cards Against Muggles, Disney, Star Wars and More.

Which Boxes don’t have Hidden Cards?

Players were curious if the absurd box has a secret card or a secret card in the card against muggles. For some people, it was the Cards Against Humanity green box vs. absurd box, while for others, it was the Cards Against Humanity red box vs. original. The speculations and debates were just too much. A lot of people didn’t know the correct answer.

But you remain undaunted, and you think if you check the expansion boxes, at least the particular card is supposed to show up, even if it is not any of the main games, it has to be one of these.

Unfortunately, you should know that if you check the green box, which contains 300 all-new cards, the absurd box containing 300 of the weirdest cards ever written, 255 white and 45 black, red box, and blue box, you will find no hidden card, no extra card.

I’m sure you’re about to ask, where then is hidden card if it’s not in any of the main games, expansion boxes, or even special themed boxes? Well, you’re about to find out, friend.

Which Cards Against Humanity Box has The Hidden Card?

So, what’s this bigger blacker box? Some people have probably never heard of this box before, and some people have not considered this box important enough to hide the special card.

How Many Hidden Cards are in The Bigger Blacker Box 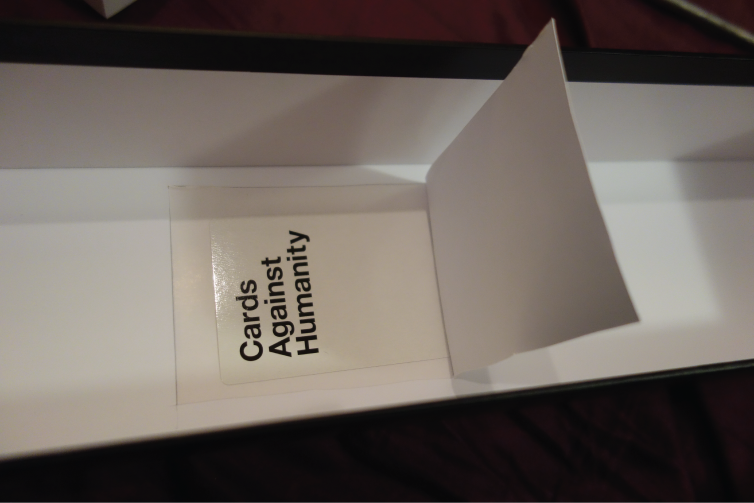 A Hint of What The New Bigger Blacker Box Secret Card Says:

The first special card, hidden under the paper lining at the center of the bottom of the box, is a white card, and on it, texts were written in black letters that read “a dick so big and so black that it is a problematic stereotype.”

The second special card, hidden under the paper lining in the center of the lid, is also a white sheet of paper with black text that says “the biggest blackest dick.”

In all your search for the Cards Against Humanity hidden card, I’m sure you were not expecting those phrases, well either is anybody else, but as you know, the most awkward and unexpected things crack us up the most. 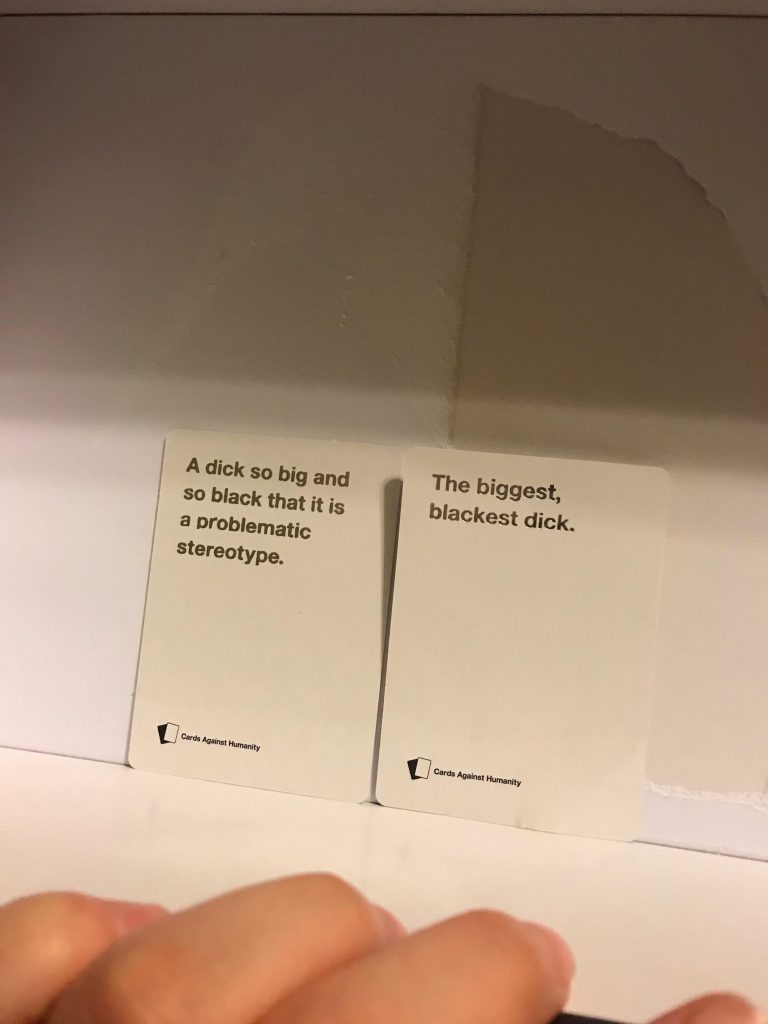 And if you’re not ready to buy the new bigger blacker box but you want to know what’s written on those hidden cards that make them so special, I’m sure your curiosity has been satisfied.

This doesn’t mean you shouldn’t purchase other editions of Cards Against Humanity. They add fun, freshness and make the game last longer. You would wish you had bought it sooner.

3 thoughts on “How to Find Cards Against Humanity Secret Card?”